Copenhagen, Denmark, 11 March 2010 – ISS ends the second half of 2009 with earnings at the same level as before the financial crisis. Throughout the year, ISS continued to grow organically with a strong cash flow despite challenging market conditions. The effect of restructurings and cost reductions returned ISS to pre-crisis earnings levels in the second half of 2009 with Group revenue of 34.982bn and an operating margin that climbed to 6.2%.

This appears from ISS’s Annual Report for 2009 published today.

Four of the seven ISS regions delivered positive growth. Asia and Latin America both achieved double-digit organic growth rates. ISS’s overall growth rate was 4% in 2009 for the continuing business measured at constant exchange rates. This growth stems from 1% organic growth and 3% from acquisitions. The strong Danish krone had a currency impact of a -3% and divestments had an impact of a -1%. ISS's revenue for 2009 is therefore slightly higher than in 2008.

Four of the seven regions achieved higher operating margins in 2009 than in 2008. Strong development in the Nordic region, Asia and Latin America could not, however, counterbalance low operating margins in parts of Western Europe where ISS is particularly exposed to the automotive and production industries. The operating margin of the Group for 2009 amounted to 5.6%.

”2009 was a challenging year. We are pleased that as early as in the second half we have managed to restore profitability to the level of the previous year. We have restructured parts of our business and reduced our fixed costs throughout the organisation. We therefore expect to increase our revenue and earnings in 2010," explains Jørgen Lindegaard, Group CEO of ISS A/S.

“The global recession in 2009 impacted our customers and tested the robustness of our strategy, The ISS Way,” says Jeff Gravenhorst, who will take over as Group CEO of ISS A/S at 1 April 2010.

”Lower activity at our customers reduced our contract volume, but we managed to sustain customer relations and cross-sell several services to these customers. Meanwhile, new sales were satisfactory. That confirms our strategy, which has made ISS a service company with a large offering of services and a global footprint in new as well as established markets.”

”It has been important to us not to lose business during the crisis. We managed to avoid that while maintaining satisfactory margins. Our actions incurred costs that are reflected in our Income Statement. However, we regard these costs as investments that will yield a return, which we expect will result in a satisfactory earnings improvement as early as in 2010.

ISS’s net profit before write-downs for impairment and amortisation of customer contracts amounted to DKK 385m.

In 2009, extraordinary write-downs and impairment of goodwill totalled DKK 1,246m and amortisation of customer contracts of DKK 1,129m. These items, which have no cash flow effect, were due mainly to the special event in 2005 when ISS was taken over, its shares were delisted, and all assets had to be revalued at market value in accordance with IFRS accounting rules. In 2009, several activities that were non-core or lacked critical mass were divested or put up for sale, which resulted in extraordinary write-downs. Furthermore, goodwill must be justified individually in each country operation, and in 1H 2009, ISS recorded goodwill impairments in France and Germany.

Consequently, net profit/(loss) for the year was a loss of DKK 1,629m.

In 2009, ISS had a continuously strong cash flow, and a cash conversion of 96%, which means that earnings were almost fully converted into cash. Customer accounts receivable expressed as debtor days fell in 2009 and therefore contributed to a strong cash flow.

In 2009, ISS refinanced part of the company’s 2010 ETMN bonds. The refinancing of DKK 3.7bn was completed as a bond issue 14 months prior to maturity and was over-subscribed four times, which reduced our future refinancing risk.

”We have gained strength for 2010 and are ready to create more profitable growth. Our strategy, The ISS Way, is the right one, and we are now concentrating on thoroughly and consistently implementing the strategy throughout our more than 50 country operations. As one of our particular focus areas is to strengthen our sales culture across the Group, we have just established a Chief Commercial Officer function. In 2009, we added Shell and EDS to our portfolio of global customers. The potential inherent in regional and global customers is very attractive. Our customer retention was satisfactory in 2009, and further strengthening of customer satisfaction is a cornerstone of our strategy,” says Jeff Gravenhorst.

”In 2010, we expect minimal acquisition activity. If we make any acquisitions, they will be few and mainly in Asia and Latin America. We will focus on profitable organic growth instead. And regarding financing, reducing our debt is still a priority.”

”Despite low visibility, the global economy is showing signs of stability. For this reason, we expect increased demand for our services and consequently increased organic growth in 2010 and earnings that will exceed our earnings for 2009," ends Jeff Gravenhorst. 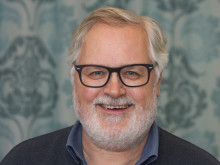 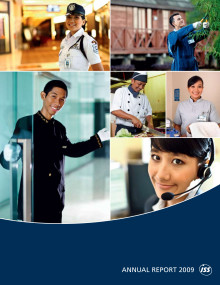 Copenhagen, Denmark, 11 March 2010 – ISS ends the second half of 2009 with earnings at the same level as before the financial crisis. Throughout the year, ISS continued to grow organically with a strong cash flow despite challenging market conditions. The effect of restructurings and cost reductions returned ISS to pre-crisis earnings levels in the second half of 2009.